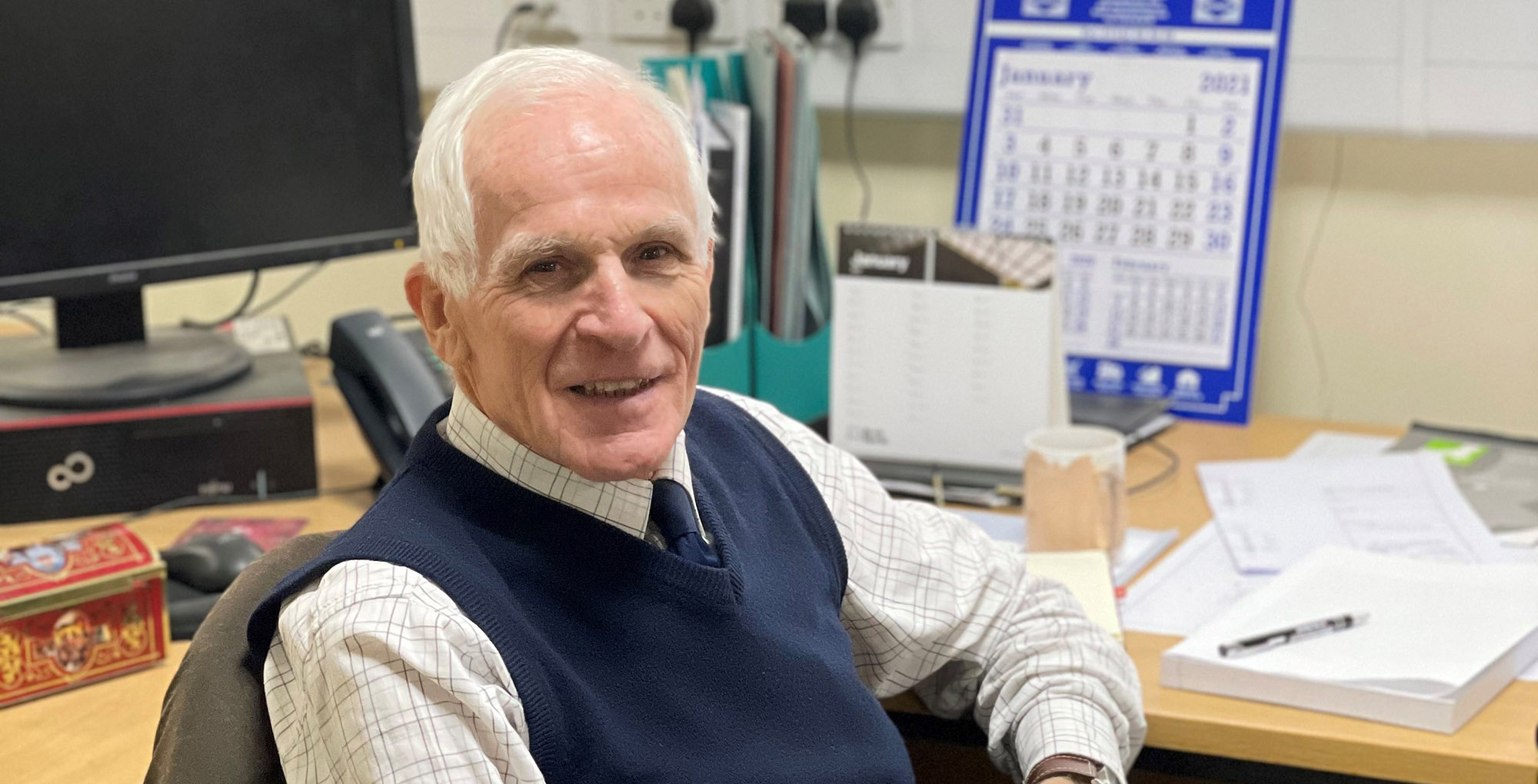 For many, a career choice is simply a part of life. For others, it becomes a way of life, deeply engrained, and rooted in a person’s existence. So much so, that when the time comes to let it go, they’re not quite ready to.

This is the case for our very own Alastair Harrison C. Eng. M.I. Struct.E. who has become one of just a handful of people to achieve the incredible accolade of 50 years as a chartered engineer.

Starting his career over 60 years ago as a junior draughtsman in Manchester, his day-to-day role now sees Alastair overseeing the design and build team, providing structural engineering advice to ensure our surveys and specifications are given all necessary legal approvals to go ahead. In particular, he specialises in building foundations and the complex requirements associated with that area.

At the beginning of Alastair’s career, developments in the North West included the major rebuild of inner cities, and a focus on the construction of University buildings and hospitals. Major projects for Alastair at that time included the magistrates’ courts in Preston, Lancaster University and Sharoe Green Hospital.

Alastair tells us of his first visit to site as a late teenager, “The site was a building for Salford University which was run in a military style, with a general foreman who wore a bowler hat and the foreman joiner and foreman bricklayer wearing trilbies and demob suits. I was referred to by the general foreman as ‘Mr Engineer’, which to me was slightly embarrassing, and he was called ‘Mr Carlisle’ and his garden backed onto my Aunt and Uncles. Mr Carlisle was a Chindit during the war and if he approached you with ill-intent your life expectancy wasn’t much.”

“After that, I spent a period abroad in Canada on heavy civil engineering structures including bridges, dams and water treatment plants. Returning to the UK, I spent a few years in south Lancashire and relocated onto the Fylde coast setting up my own practice in 1984.  Since then, I have worked on many projects in the Fylde and North Lancashire area and retired from my practice at the end of the century.

Other clients of Alastair’s include the Roman Catholic Bishop of Lancaster and the Blackpool Corporation, which led to his work on St Walburge Church Preston and Cathedral House Lancaster, and offshore projects including Fleetwood Pier and the current work with Wareing on St Anne’s Pier. Alastair also went on to receive a design award for the rebuild of the Kirkgate centre in Kirkham.

Always willing to pass on his knowledge to others, Alastair has recently taken on the responsibility of training and developing a graduate entrant to the business. He delivers mentoring and on-the-ground training to ensure Jason Worledge can follow in his footsteps and become a chartered engineer of the future.

Alastair tells us, “Wareing Buildings was a client of mine and we worked together in this way until 2003, when I retired from my practice. Since then, I’ve worked with the company on a permanent basis. I’m 78 now and have no plans to leave.

“Recently, Wareing appointed a University Engineering Graduate, Jason Worledge, to undertake the design and co-ordination of the overall design envelope within the firm to allow me to retire. I have been a corporate member of the Institution of Structural Engineers for over 50 years, so hopefully my experience will assist Jason in obtaining his chartership.”

Alastair continues, “The new generation of talent entering the industry is very exciting, and I hope they can go on to have the same wonderful and varied career I have. Having a chartered engineer is essential to a business like Wareing, so we can certify and approve particularly complex design works without third-party input. People who achieve that status of chartered, really are integral to a business’ growth and success.

“Anyone who enters this field and becomes chartered can also go on to choose their own path. It might be civil engineering, structural engineering, or another discipline altogether. But without doubt, it will be a career, a trade, a profession – a passion – which they enjoy. The world needs buildings and as a result, will always rely on engineers. I would recommend it to everyone.”